July 22, 2018 / timorsetl / Comments Off on Australia’s prosecution of spy Witness K and lawyer

Timor-Leste activists have condemned the Australian government over the prosecution of Witness K and lawyer Bernard Collaery for their roles in revealing the bugging of the Timor-Leste cabinet during negotiations on an oil and gas treaty.

The activists from the Movement Against the Occupation of the Timor Sea (MKOTT) have joined mounting criticism of the prosecution, comparing the act to the targeting they and their family experienced under the rule of the Suharto-led Indonesian government.

“Ironically, these Timorese were charged as terrorists by the Indonesian government and today Mr Bernard Collaery and Witness K are charged with the anti-terror law by the Australian attorney general, their very own government,” MKOTT said on Friday. 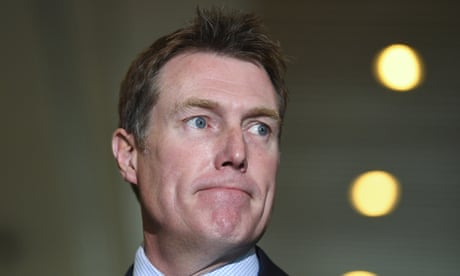 “MKOTT is shocked that, in this day and age, the Australian government is doing what it thinks only the dictator Suharto was capable of doing during his reign.”

The Australian intelligence officer known as Witness K and his solicitor, Collaery, are facing charges of conspiring to breach section 39 of the Intelligence Services Act, following the revelations in 2012 that Australian spies had bugged the room of Timorese negotiators during sensitive talks in 2004 about an oil and gas treaty between the two countries.

A summons alleges Witness K unlawfully communicated intelligence secrets to Collaery, who then allegedly communicated them to a number of ABC journalists.

The News Corp journalist who first broke the bugging story, Leo Shanahan, is not named in the summons.

The first directions hearing is scheduled for Wednesday in Canberra.

Timor-Leste took Australia to the permanent court of arbitration at The Hague, with Witness K prepared to be a key witness, however he was prevented from leaving Australia when his passport was seized in 2012.

In 2013 Collaery’s office was raided by Asio officers and documents seized in what Collaery alleged was an attempt to “muzzle” him. The then attorney general, George Brandis, said the Asio search warrants were issued “to protect Australia?s national security”.

MKOTT condemned the charges as “politically motivated” and an attack by the Australian government on democracy and freedom of expression.

“This act on the part of the Australian government also shows that the government will use anything to pursue Australia?s commercial interests in relations with its neighbours, even if it violates international law to deprive one of its poorest neighbour, and will crash anyone or anything stands on its way.” 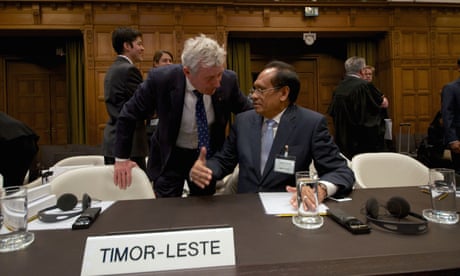 Australia’s fractious negotiations with Timor-Leste over the lucrative oil and gas reserves in the seas between the two countries has stretched for decades, intertwined with the Indonesian occupation of the tiny nation and marred by hostilities and accusations.

The case at The Hague was subsequently dropped as an act of good faith and the two countries have since signed a treaty delimiting a maritime border that largely determines the split of oil and gas reserves.

The final division depends on whether the processing occurs in Timor-Leste or Darwin. Timor-Leste has build a processing plant in anticipation but oil and gas companies have flagged a preference for Darwin to avoid having to pipe across the Timor Trench.

The treaty split also prompted criticism of Australia?s decades long claim over resources it has since exhausted but now acknowledges, via the treaty, had belonged to Timor-Leste all along.

The prosecutions of Witness K and Collaery were revealed under parliamentary privilege by the Tasmanian MP Andrew Wilkie, and the Australian attorney general, Christian Porter, subsequently confirmed he had approved them, but refused to elaborate on why.

When asked at the time why the perpetrators of the act were not being prosecuted instead, Porter replied he did not understand the question.

Theme by Anders Noren — Up ↑